, /PRNewswire/ -- Blued, a world-leading online LGBTQ+ community platform connecting over 60 million users across continents, has introduced a series of new features, including prohibiting screenshots and screen recordings, to protect user identity and privacy. 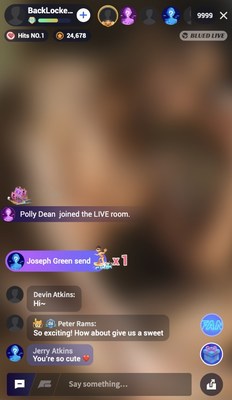 "At Blued, we believe that privacy is of the utmost importance, especially for the LGBTQ+ community. We have always gone to great lengths to ensure the safety and security of our members." says , head of .

"In light of the recent events that have occurred at the , which have raised widespread concerns regarding the privacy of social media apps, we are ramping up our efforts and introducing a series of new features to create a safer environment for everyone."

To prevent users from capturing screenshots or recordings, the iOS version of Blued produces a blurred page after a screenshot is attempted, while the Android version prevents a screenshot from being taken altogether.

In addition to these protective measures, the "Private Album" feature ensures that faces do not appear in the album's public thumbnails and that viewers can only access the album's photos when given authorization by the owner. Meanwhile, users can choose to send photos which can disappear within seconds of being read, preventing users from capturing screenshots.

To help users hide evidence of the Blued app on their phones, Blued enables paid members to replace the app icon with another image, thus preventing others from uncovering it.

Mobile app Blued is a location-based social networking service that allows the LGBTQ community to conveniently and safely connect with each other and express themselves, integrating livestreaming services with customizable social news feeds, video and voice calls, as well as access to professional health-related services in selected markets. Blued, the central hub for world-leading LGBTQ platform (NASDAQ: BLCT), is available in 13 languages and has connected more than 60 million registered users in about 170 counties. It is now the largest online LGBTQ community in , , , and and has local operations in , , , , , , , , the US and .